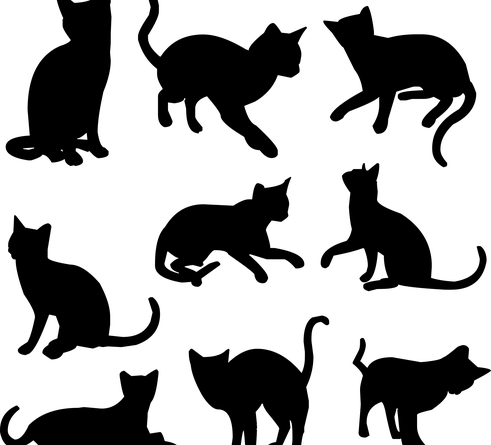 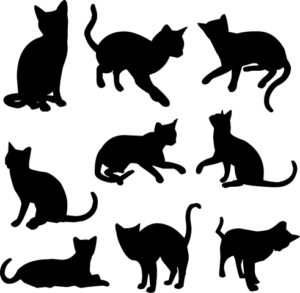 Black cats are believed by some to be unlucky but Gloucester is one lucky cat, a survivor of a 20-floor fall from a New York City high rise! Gloucester’s owner Barry Myers believes it was a miracle, according to a CBS 2 report.

Gloucester landed on the sidewalk below virtually unharmed. Gloucester fell when he snuck out a partially opened window as his owners were on vacation. He did not have any bones broken in this miraculous event, but can this miracle be explained by science?

Ron Hall, a Nashville based Penn State student who read Gloucester’s story, believes that cutting edge science holds the key to Gloucester’s survival from such a height, “Schrödinger’s Cat isn’t the only cat in physics. I’d like to say Gloucester is joining him. I believe Gloucester survived because his body changed states after his body twisted a full 360°. He initiated a geometric phase in terms of quantum physics and studying this could lead to advancements in our overall study and understanding of quantum physics!”.

Ron Hall is also a cat rescuer. He takes in and rescues many cats who have been abandoned, abused, and in accidents. He not only rehabilitates and finds the cats homes but also observes their behavior and unique abilities in hopes of growing society’s interest and knowledge of quantum physics and cats. But he is not alone.

Many scientists are now studying the possibility that this phenomenon of cat survival can be explained by quantum physics. Ron is referring to a “geometric effect” where the cat’s movement allow sit to change its dimensions as to ensure survival, i.e. land on its feet.  Due to angular momentum conservation, the cat’s rotation is not permitted to occur, however once factoring in geometric phase, and allowing for a phase change, scientists may now be able to account for the phenomenon of a cat landing on its feet.  Cats are no strangers to science.

From theories of the solar system’s creation which involve a figure-skating-like motion that similar to falling cats to NASA having asked how astronauts can do the same maneuvers in zero gravity, falling cats and the motions have played a role in the study of science from creation to space exploration. In 2015 this was coined ‘The Cat-Righting Reflex’ in the search for an application in the field of robotics. Quantum physics is only the latest field of study interested in the phenomenon of falling cats.

Falling cats have long been a source of scientific study. Prior to an explanation into the field of quantum mechanics, scientists have long wondered how a cat lands on its feet even when the initial drop starts upside down? Cats have the ability to flip their bodies while conserving angular momentum – which in general should be hindered by the conservation of angular momentum.

Conserving angular momentum means that the angular momentum total remains constant throughout the cat unless acted on by an outside force which it is not. The key is that the cat is dropped upside down with no rotational force initiated.  This is at a contradiction of the laws of physics and has resulted in much study.

Some scientists have attempted to illustrate what may be happening in terms of the angular momentum conservation (figure 1 to the right).

The Law of Conservation of Angular momentum would insist that the cat must be pushed off of something to create angular momentum and then rotate. The push-off is the key to the law being observed. For the law to be observed, the cat being pushed off something would allow for an equal and opposite reaction, as the popular interpretation goes. Beyond popular science this study has origins that surprises many people even today.

From the advance of photography to mathematics, scientists have been theorizing for over 100 years what could be behind this phenomenon. The study of falling cats goes back over two centuries and the advancement of the study has been the result of other advancements in various fields of science.

The study of falling cats has created some amazing theories over the centuries. Some in the 1800’s believed cats pushed themselves off ledges, creating the action to maintain this law. The development of high speed photography later in the 19th century disproved that.  Scientists were able to examine photos of the actual motion and able to disprove the cat’s initial theorized motion of a ‘push-off’.  That led scientists to re-examine this phenomenon and ask some interesting questions.

What actually ends up driving the rotation? In the mid 1930’s two Dutch physiologists, G.G.J. Rademaker and J.W.G. Ter Braak, developed a drawing which explained the phenomenon as a cat’s body illustrated by two cylinders bent at an axis rotating in different directions. (See figure 2 to the right)

In the 1960’s, Thomas R. Kane, a Stanford University engineer, actually developed equations to support this theory proposed by Rademaker and Ter Braak.  It was at this point that visual sciences such as photography were merged with mathematics to begin to look at the science behind this phenomenon

Physiology is a popular lens to examine the physics behind the falling cat. In the one explanation is that the cat uses its muscles in its torso, to move its body in various ways to power the rotation. With axes located at the front and back of the cat, the total angular momentum is still conserved at zero and turn while effectively 180 degrees, is not actually 180 degrees.

Another explanation looks at terminal velocity and air resistance to explain this phenomenon. An online discussion at the University of British Columbia proposed that cats’ calculated terminal velocity is lower than that of a human and is part of the reason cats survive the falls. They proposed the drag on the cat’s velocity due to air resistance is less than a human, so they reach terminal velocity faster.  T.R. Kane and M.P. Scher of the Department of Applied Mechanics, Stanford University, California also researched this within the lens of Dynamics and Physiology, added that in this theory the cat’s mid-section does not twist, but it simply bends.  A local Duke University graduate gives his detailed opinion on this theory, “The cat uses its limbs to push on the air which gives it the angular momentum to spin around. It can turn its paws, so it produces a greater force on the push which breaks the symmetry. “states Dr. Brian Miller, a local researcher who possesses a BS in physics from MIT and a PhD in physics from Duke University.

Some have attributed it to the cat’s tail rotating, however bobtail cats have been known to exhibit the same phenomenon. Other claimed that cat’s tails while in the air moved in a way that breached the sound barrier however it was concluded if this was the case, the tails would become a projectile. Attention in some theories shift to the arched back. The cat’s arched back during the initiation of the drop creates two axes of rotation angled opposite. His front paws get pulled inward reducing inertia on the front thereby increasing spin while the back legs push outward increasing inertia creating a balance in the torques in direction. In the final move, he stretches legs out ceasing the front twist and pulls his rear legs back in under his body in a second move of the axis and prepare for impact.

The mechanics of it involve illustrating a cat as a total system but split in two part: the front legs and the back legs. From there the total system’s rotation operates in different rates and directions. Scientists explain this via Newton’s Third Law implying that the bidirectional system is created by two halves pushing themselves in a counter-directional manner with speeds and directions determined by the size of the moment of inertia in the different parts of the system.  In the second phase, towards landing, they simply change speed and direction until reversed and in the process the angular momentum is conserved.

Mark Levi, writer of “Why Cats Land on their Feet: and 76 Other Physical Paradoxes and Puzzles” breaks down the math in a simple manner to allow for zero net rotation:

Gloucester’s Survival and the Advance of Science

Gloucester’s survival and the survival of other cats may have a huge implication on the continued study of quantum physics, space travel, and robotics. His survival may even offer some insight into past events as well as future events.   Scientists continue to examine this age-old mystery with new fascination and discoveries that could very well transform our understanding of science itself or at the least let Gloucester give Schrödinger’s Cat some company in the world of quantum physics!

Muller, Richard A. Physics and Technology for Future Presidents: an Introduction to the Essential Physics Every World Leader Needs to Know. Princeton University Press, 2010. 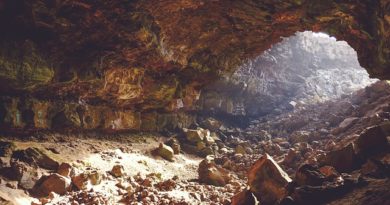 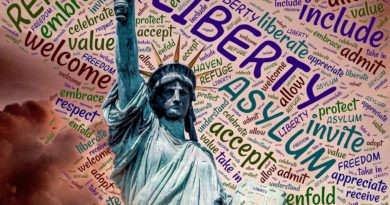