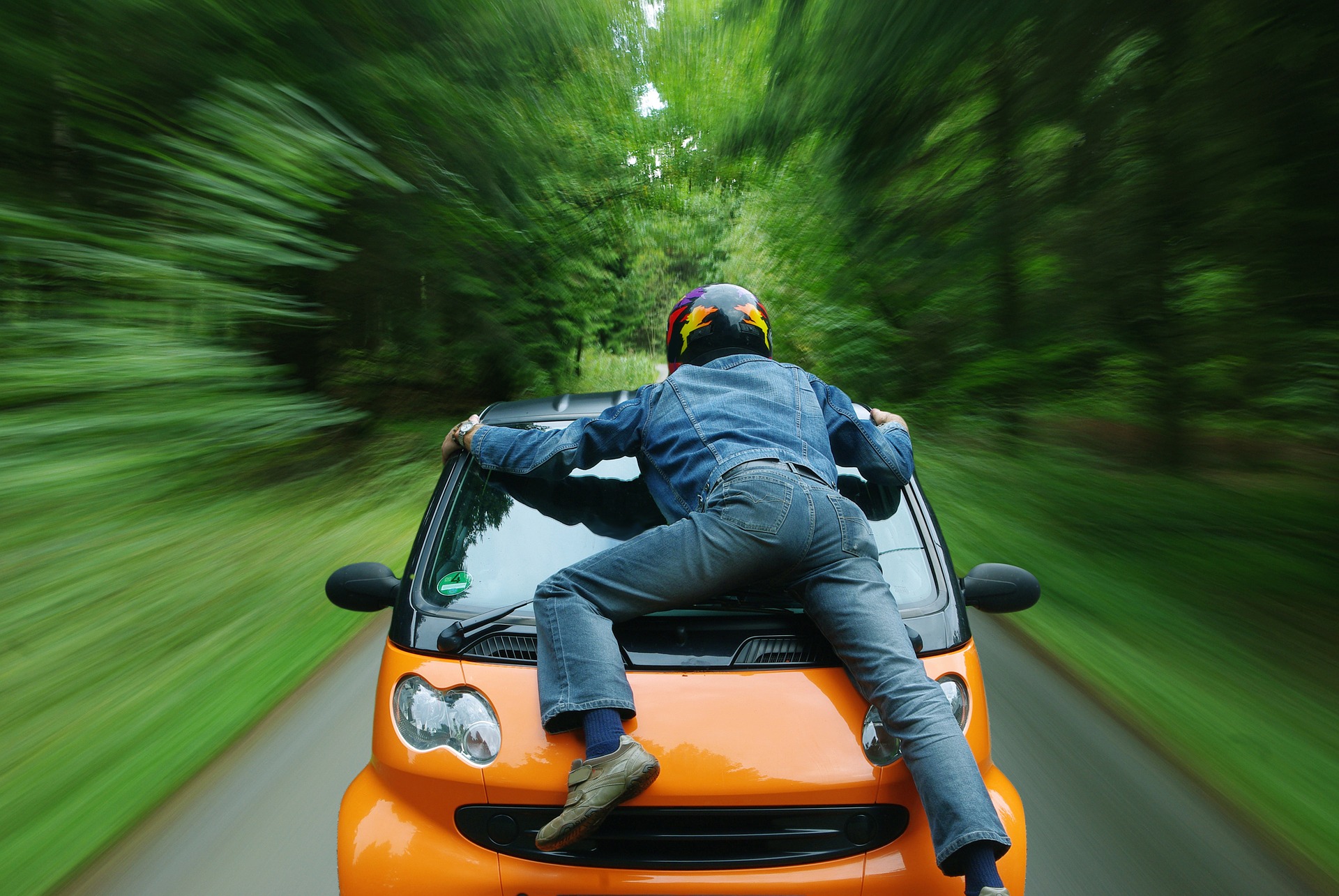 In the headlines, self driving cars are under fire. The latest article talks about  Uber executive Anthony Levandowski stepping down from his position over a legal proceeding over Google and it’s self driving tech.

How should self driving cars be programmed in the no-win scenerio?

Tomorrow’s self-driving cars must be programmed with an ethical program in order to determine behavior in the event of mechanical failure.  Modern utilitarian ethics has updated the well-known “trolley car” problem with the “self-driving car” problem. Utilitarian ethics which were written by both Jeremy Bentham and John Stuart Mill offer some interesting solutions to the self-driving car dilemma. This paper will focus on Jeremy Bentham’s theory on Utilitarianism and specifically Bentham’s conclusion which would inevitably lead to more drivers being killed to save pedestrians.

Self-driving cars present a problem very similar to the classic Trolley Car problem. The classic trolley car problem is created when a trolley is out of control on railroad tracks. There are a number of people stuck on the track in the pathway of the trolley. You are standing by a lever that if pulled, the trolley will head down another track where there is only one person stuck. The ethical dilemma is this: do you stand by and let the trolley kill the number of people or grab the lever and send the trolley to kill one person. Modern technology has added a new and updated version to this problem.

The new twist on the problem that we will have to deal with very soon is the self-driving car problem. How will they be programmed to kill? MIT’s Technology Review article, “Why Self Driving Cars Must Be Programmed to Kill” (October 26, 201%) discusses this problem. The problem in its simplest form is that a self-driving car’s brakes go out creating an accident that is unavoidable.  The car has a choice: hit pedestrians crossing the street or swerve to avoid the pedestrians which sends the car into a utility pole which kills the driver. Unlike the Trolley problem, the self-driving car problem is a problem we will have to deal with reasonably soon as self-driving car testing is already underway (Epstein, 2016).  In looking at this future problem, we can look back to a past philosopher, Jeremy Bentham.

Jeremy Bentham’s ethical theory on utilitarianism has been defined in “Introduction to the “Principles of Morals and Legislation” as looking to an action that results in the most pleasure and least pain. Bentham believed that the results of an action was the definition of its morality, and that the action should avid unintentional harm to others. In Bentham’s view, community happiness is all of the people’s individuals put together and as such morality’s duty is to the benefit or happiness of the highest amount of people who will be affected by the action. Bentham states, “When it has a meaning, it is this. The community is a fictitious body, composed of the individual persons who are considered as constituting as it were its members. The interest of the community then is, what is it?—the sum of the interests of the several members who compose it”  (Bentham, 1781, p15). By this definition, the action that results the least pain for the greatest number of people is the moral action to take. This is one aspect of Bentham’s theory which could emphasize the ‘greater good’ in some situations.

Another aspect of Bentham’s theory is “hedonism”. Hedonism’s goal is to maximize happiness. The original root of hedonism is ‘hedon’ which was considered a unit of happiness. The action taken should maximize happiness however one problem is ‘what exactly is a unit of happiness or goodness’ and ‘what is the calculus involved in maximizing that goodness?’. While the greater good may be the goal in some ethical problems, utilitarianism tries to do it through a quantitative process. We contrast this to Kant’s categorical imperative or Aristotle’s virtual ethics where they actually try to answer the question “what is good and how do we get there”. Utilitarianism tries to calculate if the result of a given action creates the most happiness or avoids the least pain without answering those questions.  (Internet Encyclopedia of Philosophy, 2017)

If Bentham were alive today, he would most likely program the car to kill the driver in favor of saving the pedestrians. Hedonism isn’t as much of a factor as avoiding pain for the greatest number of people or community in this scenario. The number of pedestrians saved would equate to the community, and the greatest number of people would avoid pain. The research done at MIT agrees with this assessment however the caveat is that people do not wish to be the driver of these cars. Society acceptance and adoption rate of this technology may be slowed or stalled until or if another solution is found.

The Trolley Problem, while classic, has been updated in the age of self-driving cars. Bentham himself may have relished in examining this dilemma had he been alive today. Utilitarianism indicates driver sacrifice to avoid pain to the greater number of pedestrians would be the course of action most likely programmed if Bentham himself were the programmer of self-driving cars.  It’s important to note that the utilitarian ethic is limited as far as actual programming goes for self-driving cars. Further research has indicated people would program different decisions depending on if pedestrians were crossing illegally, if they were criminals, doctors, or nurses and if the self-driving car has pets, children, or adults occupying it. It is crucial to continue to examine this ethical dilemma. Utilitarianism serves as a starting point but may not be the finishing point for this modern-day trolley car.