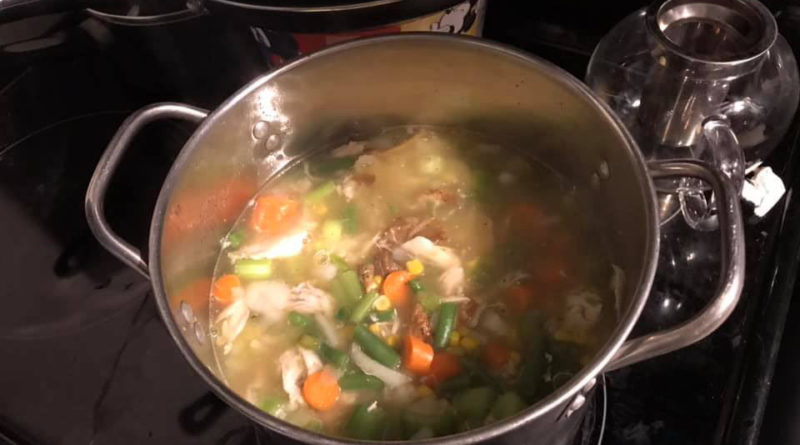 I never understood why I couldn’t find “Chicken Corn Soup” outside of where I grew up, Harrisburg Pennsylvania. I later learned, decades later, that the soup was a dish of the Pennsylvania Dutch. There was a canned version, “Aunt Kitty’s Chicken Corn Soup” (now distributed by Hanover Foods), as well as freshly made versions at the grocery store. Living outside Pennsylvania, I finally decided to create my own.

Here are the ingredients: